Zelensky’s poignant appeals have made lawmakers in the US and Europe cry on video calls, revived the West from its post-Cold War slumber and captivated the world with his defense of democracy. He’s the antipode to the cruelty of Putin. If one man ever changed the world, few have done so as quickly as Zelensky.

Zelensky’s heroism is coming up against Western red lines

Ukrainian President Volodymyr Zelensky is like the West’s moral conscience, with his daily video commentary highlighting his country’s heroism in resisting a Russian invasion that has degenerated into murderous barrages against civilians.

But while he’s making it impossible to look away from his nation’s agony, Zelensky, who on Tuesday accused the outside world of not doing enough to stop “genocide,” is increasingly running headlong into the war’s harsh reality: President Joe Biden and European leaders face political and geopolitical red lines that Russian President Vladimir Putin, a nuclear-armed tyrant, simply does not in his relentless destruction.

Soaring oil prices are also playing into the underlying equation of the war: Will Western pressure strangle the Russian economy and force Putin’s hand before Ukraine and its people are destroyed or driven to a mass refugee exodus? And how long can public opinion in the US and Europe hold firm?

Zelensky’s poignant appeals have made lawmakers in the US and Europe cry on video calls, revived the West from its post-Cold War slumber and captivated the world with his defense of democracy. He’s the antipode to the cruelty of Putin. If one man ever changed the world, few have done so as quickly as Zelensky.

In the latest video message Tuesday in his near three-week campaign to inspire and shame the West into saving his non-NATO nation, Zelensky castigated foreign leaders for not imposing a no-fly zone over Ukraine and for failing to send him warplanes as Russian attacks take a terrible human toll.

“Some powerful people have decided to give up on Ukraine. But we will not allow that,” Zelensky said in a passionate Facebook address, calling on world leaders to supply “lifesaving” military aviation and anti-rocket systems.

“(The) fault is with the occupants (Russians) but the responsibility is with those who for the last 13 days, somewhere out there, on the West, somewhere in their offices, can’t approve an obviously necessary decision. Those who still haven’t secured Ukrainian skies from the Russian killers, who hasn’t protected our cities from air bombings and rockets, when they actually can.”

On Monday, Zelensky left his bunker and appeared defiantly in his government office, lauding Ukrainians protesting against Russian troops.

“(They say), ‘I’m here, it’s mine, and I won’t give it away. My city. My community. My Ukraine,’ ” Zelensky said in the message transmitted on Monday evening.

This comic-actor-turned-tragic-hero’s daily episodes narrating Putin’s attempt to destroy Ukraine injected steel into the global effort to turn Russia into a pariah, which went further and faster than anyone expected. Zelensky has effectively drawn the West into a proxy war against Moscow as the US and allies funnel anti-tank and anti-aircraft rockets to Ukraine. International sanctions have pulverized the Russian economy, sent the country’s currency, the ruble, to record low levels and could eventually fan resentment against Putin inside Russia and compromise his ability to supply and reinforce his troops in Ukraine. Oligarchs around the Russian leader have seen jets, super yachts and fortunes seized by the West in an effort to build pressure inside the Russian leader’s regime.

But nearly two weeks after the invasion began, the question for the West is becoming what options there are for stepping up the economic heat rising on Russia while avoiding a parallel military escalation.

And there are increasing signs that for all his heroism, Zelensky may be coming up against the West’s prudent desire to avoid triggering a worst-case scenario that could lead to a third world war.

But he has not given up on the US President, saying in an interview on ABC’s “World News Tonight with David Muir” on Monday, “I am sure that the President can do more. I am sure he can and I would like to believe that. He is capable of doing that.”

“Everyone thinks that we are far away from America or Canada. No, we are in this zone of freedom,” Zelensky said in the interview, noting how the war in Ukraine could also soon affect the rest of the world. “And when the limits of rights and freedoms are being violated and stepped on, then you have to protect us. Because we will come first. You will come second. Because the more this beast will eat, he wants more, more and more.”

But Zelensky’s repeated calls for a no-fly zone have been rebuffed by Western powers desperate to avoid a direct clash with Russian forces.

US Secretary of State Antony Blinken, during a swing through Baltic NATO-member states, explained flatly on Monday why a mission to secure Ukrainian airspace won’t fly.

“That means that if a Russian plane violates the zone as declared, we shoot them down. And that runs the considerable risk of creating a direct conflict between our countries and Russia, and thus a wider war, which is in no one’s interest,” he said.

Zelensky’s fallback appeal was for former Warsaw Pact states to supply Cold War-era warplanes to Ukraine that his pilots were already trained to fly. He pleaded with US lawmakers over the weekend to send jets.

But that plan may be losing momentum amid fears that Putin’s fury at Soviet-era fighter jets firing on Russian troops could drag Eastern European NATO states into the war. The chancellery of the Polish Prime Minister said in a tweet on Sunday that “Poland won’t send its fighter jets to #Ukraine” or allow the country to use its airports. And White House press secretary Jen Psaki on Monday downplayed the idea that the US could quickly “backfill” the Polish Air Force with its own jets if Warsaw sent jets to Ukraine.

“There is a NATO air base in Poland. If you have planes departing from there, that could be a challenging circumstance. What are the other options and where do they land?” Psaki said. “We are not, certainly, preventing or blocking or discouraging Poland. But it is not as easy as just moving planes around.”

Her comments were the latest sign that while the West has imposed extreme punishments on Russia in a bid to save Ukraine, its leaders remain cautious about triggering a war that could escalate into a disastrous nuclear standoff.

Another option discussed in recent days for tightening the vise around Putin has been banning Russian oil and gas exports. Paradoxically, the sanctions that have helped oil prices soar are sending more money to Moscow’s coffers to help it fight the war and at least stave off some of the impact of those sanctions. Thus the idea of a ban on purchases of Russian oil is highly attractive to Washington, especially since Russian oil made up less than 2% of all US oil imports in December.

Zelensky made his own appeal for a boycott of Russian energy. He had called for, “in particular, the rejection of oil and petroleum products from Russia” in a video statement earlier on Monday. “This can be called an embargo. Or just morality — when you refuse to give money to a terrorist,” he said.

But his appeal appears to be a step too far for Europe, which has been heavily criticized in Washington for decades of policy that have made it reliant on Russian gas and oil and vulnerable to extortion in a time of elevated international tensions.

German Chancellor Olaf Scholz is drawing a line. The new leader previously pleased American leaders with his willingness to transform decades of Berlin’s foreign policy to punish the Russian invasion of Ukraine — including by sending offensive weapons into a conflict zone and halting the Nord Stream 2 pipeline.

But Scholz said on Monday that Russian energy was an “essential imperative” to Europe. Hungary also said it won’t support a ban on Russian oil and gas. Moscow accounts for 40% of European Union gas needs and 27% of its oil imports.

There is strong support in Congress for legislation currently being drafted that would ban US oil imports from Russia. But any unilateral action would likely be somewhat symbolic, unless Europe joins.

Leveling sanctions directly on Russian oil could be a bigger deal because it would prevent countries around the world from using it if they didn’t want to run afoul of those measures. But given how big an oil producer Russia is — and how reliant Europe is on it — the financial and political consequences could be massive.

The conundrum over Russian oil has led the Biden administration to consider shaking up its list of global pariahs in its zeal to punish Putin.

CNN’s Natasha Bertrand reports that US officials were in Venezuela over the weekend for talks on allowing a nation under sanctions for suppressing democracy to sell its oil on international markets in order to ease rising prices. A possible new international nuclear deal with Iran — to replace the one trashed by then-President Donald Trump — could have a similar effect. And Biden may travel to Saudi Arabia, a critical leader in oil production, this year after keeping Crown Prince Mohammed bin Salman at arm’s length after the kingdom was accused of murdering and dismembering Washington Post columnist Jamal Khashoggi in 2018.
Each of those consultations has its own internal logic. But the importance of these nations to global oil production has given them new relevance and openings following the Russian invasion of Ukraine.

Biden and European leaders faced with high energy prices all have domestic political constraints. In the United States, gasoline prices hit a record $4.14 a gallon on Monday — a dangerous threshold for Biden and other Democrats in a midterm election year. While there has been strong support in polls for sanctions on Russia, the massive hikes in gas prices will pose a new test of public opinion.

While Republicans have largely been supportive of Biden’s hard line on Putin, they are not giving him a break on gas prices, arguing that he set the US up for failure by trying to transition to a climate-friendly low-carbon policy.

They’ve also seized on suggestions that the US might talk to its enemies in an effort to coax them into producing more oil to further isolate a bigger enemy in Putin.
Sen. Rick Scott of Florida, who is running Senate Republicans’ campaign arm, said on Monday: “We should stop importing Russian oil, period. And we shouldn’t be going to Venezuela. … When are we going to learn that we can’t be relying on these thugs?”

The growing Washington controversy is a warning sign for Zelensky and will also be noticed in Moscow.

The longer the war in Ukraine lasts, the greater the chance that political and strategic pressure also builds in NATO capitals. The fate of Ukraine may come down to a bitter question: Which holds out the longest, the country’s courageous people and their President, the Russian economy, or Western public opinion and leaders’ tolerance for raised tension with a Russian President making nuclear threats? 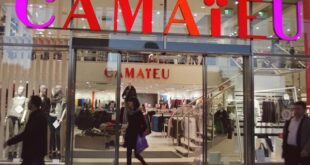 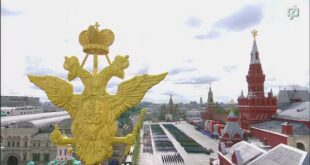